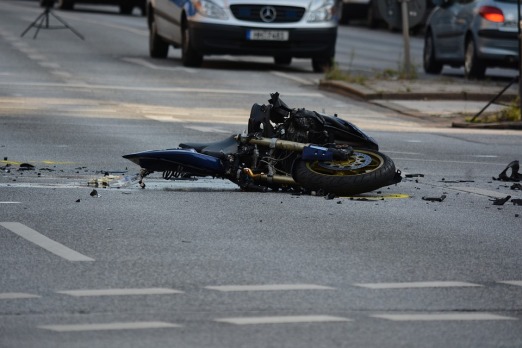 The community garden had been planted by Talia’s grandmother in the late 1960’s.  The neighborhood had always been poor, but now, it had lost its pride and charm as well.  They’d been taken over by dilapidated strip malls, fast food restaurants and corner stores, the sound of police sirens playing in the background on a constant loop.  Developers wanted to destroy the garden.  They needed the space to put in yet another strip mall – more discount stores, another fast food place, maybe a liquor store.  The neighborhood was gasping for breath.  The garden, bursting with green, had been their only source of fresh vegetables for years.

She laid down in the earth, her hot tears falling into the dirt.  Her neighbors, one by one, followed her lead, taking spots between each row of plants, gripping hands.  She took the hand of her oldest neighbor, the only one left who’d known her grandmother.  The old woman nodded at her and smiled.  Talia closed her eyes, listening as the roar of the machines became louder and louder.

Calla pressed her lips together as her eyes ran over every inch of his face. Thick, jet black hair fell over his forehead, which was unnaturally white. He had an unusual nose, the bridge starting in the middle of his forehead and coming to a peak several inches above his lips, leaving a wide gap between his nose and mouth. Wet, blue eyes bulged out of their sockets and were lopsided, the left eye being much lower than the other. A grotesque-looking patch of skin under his right eye was engorged with blood and pulsating, as though it were filled with hundreds of tiny, slithering worms. Edgar stared at her, awaiting her reaction. She managed a tiny smile, and whispered, “It doesn’t change a thing.”

The answer seemed to satisfy both of them, who moved on to their favorite subject – money. Calla stopped listening, her mind back on the woman who’d just disappeared into the kitchen.

The days dragged onward without much variation. Each day Calla spent much of her time alone while Edgar was wandering through the other, restricted, wings of the crumbling mansion, doing who knew what. The only thing that had changed – her bedroom door was no longer locked. She could move freely about one wing of the house, which meant that in addition to the bedroom, she had access to the dining room, kitchen, and library. It mattered little. All the doors that led to the other wings of the house, and the outside, were locked.

Every evening at dinner, Edgar chose another old-fashioned, unflattering, ill-fitting dress for her to wear. They spoke little, Calla living in constant fear of displeasing him. She wore the evidence of his displeasure on her skin. When she didn’t dress and come down to dinner quickly enough, when he didn’t like her answer to one of his questions, when her appearance didn’t meet his expectations, he vented his anger, violently, painfully.

The only bright spot in her days, besides her long afternoons in the library, was her time spent with Rose, the only servant caring for the sprawling property. She was a few years older than Calla, with the beginnings of soft lines etching her olive-skinned face. She had huge dark brown eyes even sadder than Calla’s, and chestnut hair scattered with gray that she always wore in a no-nonsense bun. Calla helped Rose with her work, and in return, Rose gave her information.  The first thing she learned – Rose was as trapped as she. She’d shown up to the mansion one winter day, inquiring about a job, and been attacked by Edgar and locked away. She was only allowed off the property once per month to go into town for supplies. Just like Calla, she’d been disowned by her family. No one was looking for her. It had been 10 years.

It was obvious to Rose that Catherine, Edgar’s mother, had no intention of ever giving her son his share of the family fortune in her lifetime. She never expected Edgar find a wife. And now that Calla was in the picture, she had no choice but to up the ante. She wanted an heir. Edgar hadn’t mentioned his mother’s words since that first horrible night, but Calla knew he would. She could feel him. Thinking about it. It was a matter of time. Whenever she thought of it, she felt the bile rising in her throat.

“Why don’t you run? The next time you get to leave?” Calla asked Rose morning they scrubbed windows in the kitchen side by side, looking out at the sunrise.

Calla said nothing. But that night at dinner, she grabbed a steak knife and stabbed Edgar through the arm. As he screamed and bled she swiped the keys from his pocket and ran for the door, holding her breath.

Marnie and Allyson hung out every single Saturday afternoon. They’d never cancelled, even when they were ill.  They’d just share candy and alphabet soup and watch movies under a blanket.

But that Saturday, Aria Franklin, the It Girl, asked Marnie to hang out. Marnie told Allyson that she was sick, so contagious she couldn’t have any guests. How was Marnie to know that she and Aria would run into Allyson at the store with alphabet soup and M&M’s in her basket?

Allyson blinked back tears as Marnie stood between her two friends, trying to resist the urge to run.

As he left, she slipped under.

Angie was tired. Tired of taking the bus everyday.  Tired of leaky roofs and faucets and broken floorboards that would never be fixed and secondhand, musty-smelling  clothes that never felt clean, no matter how many times you washed them. But mostly, she was tired of waiting.

Her employer of almost 20 years, Mrs. Greenleaf, was waiting for her in the living room.  She’d been gracious enough to add Angie to her will years ago.

“Angie, is the tea ready yet?” Mrs. Greenleaf called out.

“Almost,” Angie said with a sigh, watching, transfixed, as the green substance disappeared into the dark liquid.

My very late response to the Moral Mondays prompt this week, which is MONEY IS THE ROOT OF ALL EVIL.

The dress was cutting off her circulation.  The bodice dug into her ribs, the aged fabric irritating her skin.  She’d done her best to make herself appealing.  To be pleasing.  The image of his blurred fist barreling toward her played over and over in her head, making her chest tighten.  She’d dusted her copper skin with shimmery powder, painted her lips and eyelids.  Fluffed her dark curls.  Covered the dark blue bruise on her temple with concealer. She looked like a stranger when she saw herself in the mirror.  A character out of a movie.  She had a feeling that’s what he wanted.

When he’d returned to the bedroom, demanding that she accompany him to dinner, he’d explained that his mother was visiting, that she had certain expectations and he expected her cooperation.  But he offered no further details.

The dining room was dark, the walls painted an unpleasant shade of green that reminded Calla of baby vomit, lined with dusty oil paintings of stern-looking men and women she assumed were his ancestors.  A huge candelabra sitting on the table was the only illumination. There was a woman already seated.  She was older, refined, hair grayed at the temples and swept up into a bun, diamonds hanging from her ears and sparkling from her neck.

“Oh Edgar, she’s just perfect!”  The woman rushed to her, brushing a cold hand against Calla’s cheek.  “Welcome to the family, my dear.”

Calla choked on her next breath and Edgar’s grip on her arm tightened.  She suppressed a cry of pain as the strange woman placed a dry kiss on her cheek.  As they sat at the elegantly set table in the center of the room, the woman exclaimed, “This is all I wanted to see! You married, settled, building a family.  I refused to allow you access to your share of the family fortune before only for you to squander it on frivolous pursuits…”

As they argued, all Calla could hear, repeating over and over, was the word married.  This man, this Edgar, along with his mother, were truly deluded.

The sound of Edgar’s fist pounding the table stopped his mother in mid-sentence.  “That wasn’t what we agreed to.  You always said when I was married you would turn over the funds to me.”

“Things change,” she said with a sigh, unimpressed by Edgar’s outburst.  “So many young couples divorce these days with hardly a thought.  A baby.  That’s what makes a family.  An heir.  Another generation of Henry’s.”  She looked wistful for a moment, before regaining her composure.  “Of course, I’m willing to release a portion of your inheritance now.  Consider it a wedding gift.  Despite the fact that you eloped.  How dreadful…”

A servant bustled out of the kitchen carrying an armful of dishes, her head down, back hunched.  They were silent as she quickly served them, then exited the room.  Calla wondered if she lived on the property or elsewhere.  If there was some way to get a signal to her, to let her know she needed help.

“And Edgar,” his mother admonished as soon as the servant had left the room.  “Take that awful mask off.  I want to see your face.”

Edgar looked at Calla, his eyes questioning.  Calla had no idea what was expected of her in response.

“If she truly loves you, she’ll love you as you are.”

Edgar relented, slowly slipping the mask over his head and dropping it to the floor.  He turned to Calla, who held in a gasp.

My favorite prompt during Story A Day in May was Rewrite a Fairy Tale, so I decided to tackle it again, this time with Beauty and the Beast in a serial form.

“Indulge your grandmother,” Mom said as I stared at her skeptically. “We don’t know how much time we have left with her.”

So I drove, grandma directing me the entire time. Her brown eyes were clear and discerning despite the deeply etched wrinkles surrounding them. Our destination was a rambling house at the edge of town, surrounded by acres and acres of long-neglected land overrun by thick brambles.

When we reached the front door, she raised her gnarled hand overhead and touched the red lantern that hung in the open doorway, closing her eyes, wrapping her other arm around me. A powerful wind whipped around us, knocking me to my knees.

That’s when I looked up at her. She was changed. Vibrant and youthful,skin glowing, jet-black hair spilling over her shoulders. I looked down at my hands, which were now gray, shriveled. Frantic, I touched my face, my skin rippling under my fingers.

“I’m sorry,” she whispered, though her eyes told a different story, as I crumpled to the ground, choking for breath.

I was going to write something today about the campaign of hatred unleashed on Leslie Jones yesterday, about how she bravely tried to fight against it until she just couldn’t any longer, about how deeply I understand and feel her pain, but this piece says everything I was thinking much more eloquently than I ever could.  #LoveForLeslieJ

You push away.  I come closer.