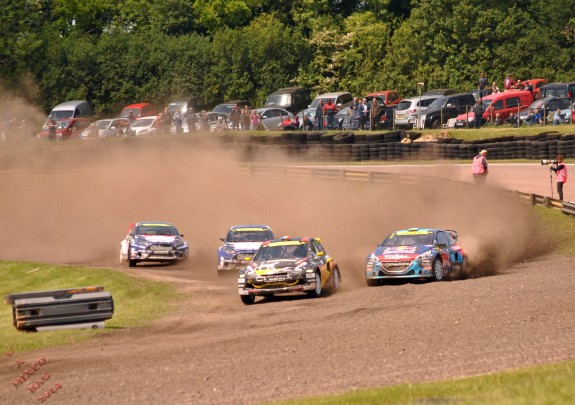 Lara was going to have a place in history.  The first woman to win a racing championship.  Of course, women had won individual races before.  The men had taken pity on them and laid off near the end, letting them race triumphantly toward the finish line as though they’d truly accomplished something.  Lara didn’t need anyone’s charity.

As she lifted her trophy over her head in jubilation, tears streaming from her eyes, champagne spraying everywhere, she could see Cole, her biggest rival, at the edge of the crowd.  They’d been neck-and-neck all season. He was a typical spoiled rich kid, thinking that just because his dad was the most celebrated name in racing that he was entitled to this win.  Not wanting to earn his way.  Cole told the press the night before that the only reason Lara even got the sponsors and publicity she did was because of her looks, not talent.  How she hated him.

Cole placed last today.  A crash took him out during the first lap.  Now, their eyes locked and something passed between them.  An understanding.  He knew what she’d done.

Lara waved to her fans, holding her head high as she descended the platform.  A girl, no more than twelve, crying profusely, fell into her arms.  Lara hugged her tightly, watching as Cole stalked away and tossed his helmet in the dirt.  He was going to come for her now, she knew.  But she’d never be sorry.