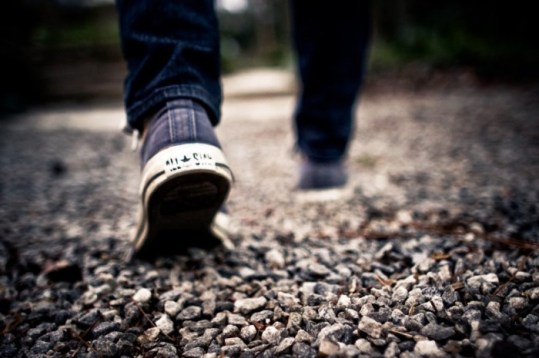 Enough is enough, Bree had decided.

“Where are we going, Mommy?” Five year old Cody kicked up the smooth rocks on the trail as he skipped along, holding onto his mother’s hand tightly.

“It’s a surprise.”  Bree tucked one of Cody’s folded t-shirts deeper into her bulging purse.   Her feet were already sore.  She should have grabbed her sneakers.

“I want to play with the polar bears.”

“Well, I hope it’s Disney!  I want to go on the Star Wars ride.  Is it Disneyland, Mommy?”

When it was dark, with a sleeping Cody resting on her shoulder, her feet burning and bruised, Bree finally reached the Greyhound station.

“Two tickets to Los Angeles,” she told the attendant.

She imagined the light in Cody’s face when he saw the Star Wars attraction.  The flash of the fireworks reflecting in his eyes.  Their future was uncertain, but he would have that memory in his pocket forever.  She laid him in the seat next to her and watched him sleep.

For Flash Fiction for the Purposeful Practitioner

Introvert Playground
This is not where I live
shitijsharma24

A Society of Authors