I started this story first for Sunday Photo Fiction, then trashed it.  But decided to publish it anyway.  Sometimes the item isn’t what’s valuable, but the story behind it. 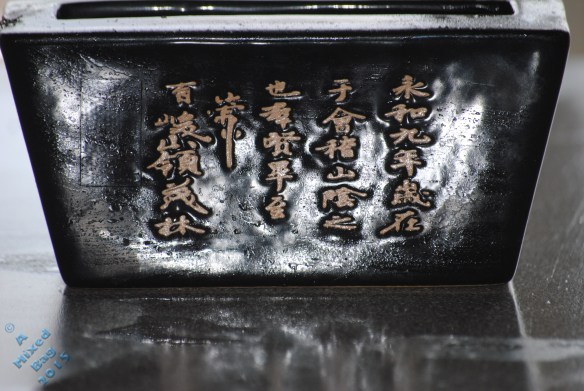 Mae placed the beautiful vase on the mantle.  The vase was always the first thing she put out whenever she moved.  It had been her mother’s.  And her grandmother’s before that.  One day she would give it to her daughter, Lara, to adorn her first home.

When the time was right, she would tell Lara the history of the vase, why it was so important, how it was all they had left from their grandmother’s dwelling in their homeland.  It was nothing but a silly knick-knack to her now, gathering dust.  She was too young to appreciate its significance.

Twelve-year-old Lara danced around the room, earbuds in, music turned up too loud, singing at the top of her lungs, flailing her arms.  Mae saw what was going to happen in slow motion, but could do nothing to stop it, she was too far away. Lara’s arm knocked the vase and it fell, smashing into pieces.

Lara looked up at her mother with huge dark eyes filling with tears.  Mae only smiled, wrapping her arm around her daughter warmly and leading her outside.